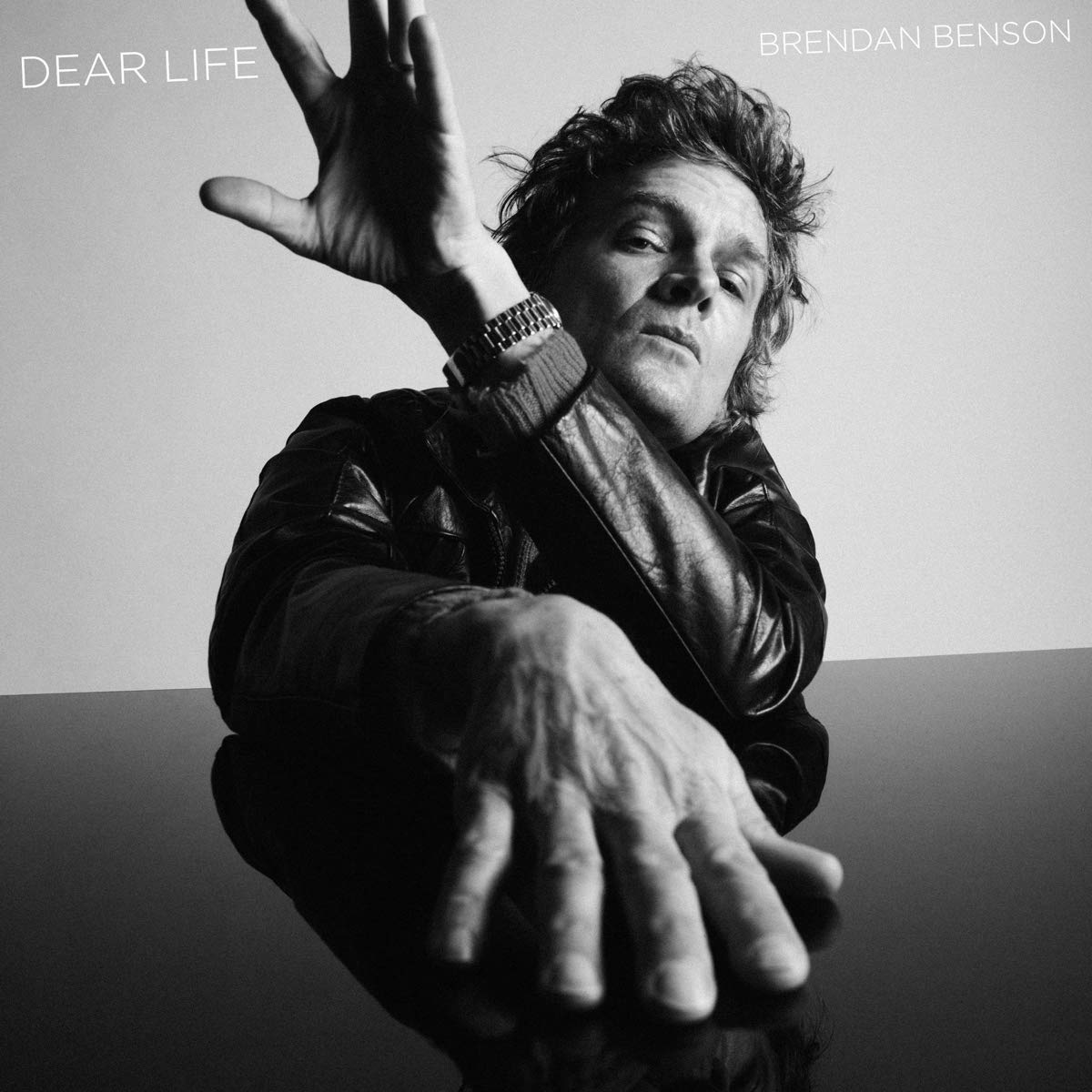 «Brendan Benson has the enviable position of being the other front man in the Raconteurs who shares the stage with Jack White, and the rhythm section of Jack Lawrence and Patrick Keeler. He shares half the vocals, plays guitar and somehow fades into the shadows every-time White steps to the microphone, or leans into one of his stellar guitar solos. (Check out TFN’s review of the tour last fall: HERE) In any other band, Benson would be the focal point, but it’s not his fault he shares the front man role with a true force of nature. Go ahead, name the other guy in Tenacious D, the one who is not Jack Black. See what I mean?
Benson had already established a promising solo career when he joined up with the Raconteurs the first time, having released three solo albums, and then after those first two celebrated band albums, the Rac’s become dormant and he released 3 more full-length solo works. At which point, Benson’s bio describes, he got really into being a family man when his children were born, and focused his creative energy in producing projects for the likes of Robyn Hitchcock and Young The Giant, and co-writing with other people. And then, one day in 2017 he got a wild hair and wrote “Half A Boy (And Half A Man),” a modern pop/rock song in the vein of Fountains of Wayne. Benson had his own studio and is a multi-instrumentalist so instinctively he built the song playing all the instruments himself. He’s a self-taught drummer, but admits the influence of his kids’ pop and hip-hop favorites got him exploring drum programming software.
The songs kept coming, and Benson started to realize he was making his next album, and about that time he got a call from White, and the Raconteurs were back at it with the 2019 release of Help Us Stranger. Benson contributed a couple tracks that might have ended up here on this solo album, “Only Child” and “Somedays (I Don’t Feel Like Trying).” and of course they spent the Fall months of 2019 on the road. Benson credits his year aside with White & co. for getting him back in the performing groove, and he came back with two new songs in his head, “I’m In Love” and “I Quit” two strong songs the standout on the back side of his new release.
Much of Dear Life centers around Benson coming to terms with mid-life, counting his blessing and making plans for what he’ll do with the rest of it. In his first single, “Richest Man,” he celebrates having “two beautiful babies, one hell of a good looking wife/I got twice the love and half the money/and I feel like the richest man alive.” It’s a high concept, high energy modern pop rocker, with solid horns, fun guitars, all the playful production perks, a bit like McCartney’s 2018 release Egypt Station with more Pro-Tools gimmickry and horns, which sets the stage for the rest of the record. The title track is reflective piece built on a solid acoustic guitar but again there’s those big drum sounds, synths and guitars, with lots of studio tricks to tie it to Benson’s vocal about the reasons we all hang on to this life.
The album opens with another fun high-concept rocker, “I Can If You Want Me Too,” but we get to hear more of that hip-hop high production influence in “Good To Be Alive” where he switches up the rhythms, mixes beats, but always drives a strong, singable vocal melody. In “Baby’s Eyes” he taps a bit of that old Detroit pop with a R&B horns laying down the groove, with a bit of Memphis slide guitar, while he reflects on how having children has improved his take on life. There’s a strong experimental feel to Benson’s take on modern rock, while “Freak Out” gives him a chance to play some lead guitar, along with the real drums in a big, high-production modern pop rock scene that fills a groove once occupied by bands like Fountains of Wayne. It’s a great, fun sound, and Benson serves it up with his own unique twist, and Dear Life is the perfect antidote for the shelter-in-place doldrums. Oh, and the other guy in Tenacious D is Kyle Gass» (The Fire Note)