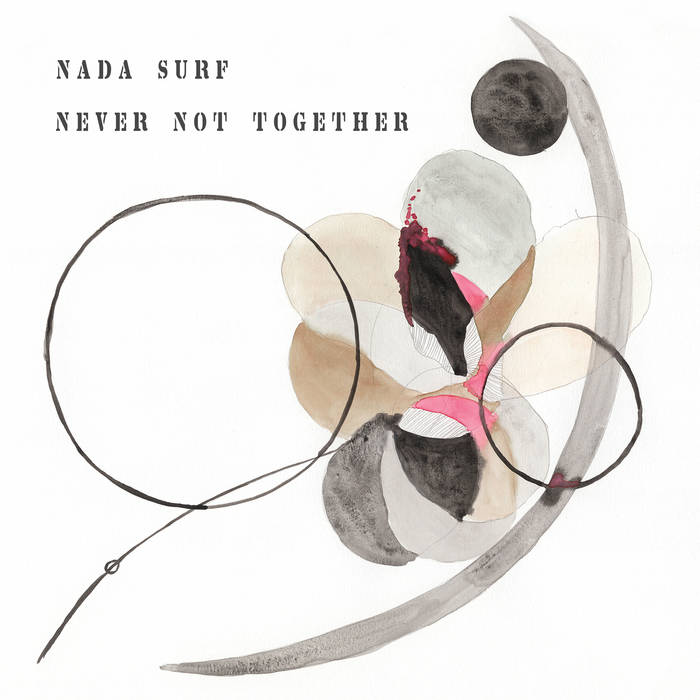 «Following their almost terrifyingly sophisticated 2016 live orchestral production Peaceful Ghosts, Nada Surf return with their ninth studio album, 2020’s sprawling and spiritually poetic Never Not Together. The album’s title is reportedly a paraphrase of something Bon Iver‘s Justin Vernon said while appearing on the podcast Song Exploder: «…holy math says we’re never not together.» It appears mid-album on the track «Something I Should Do» during an extended spoken word section from lead singerMatthew Caws. Hearing Caws intensely (if sometimes unnervingly) babbling over a grungy instrumental vamp certainly evokes the group’s classic 1996 single «Popular.» However, where that song was a witty satire about teen culture, «Something I Should Do» is a stream-of-consciousness rumination about the increasingly fractious state of the world and Caws‘ desire for a more loving and selfless existence. In doing so, he invokes such wide-ranging ideas as Socrates’ dictum that an unexamined life is not worth living, that «empathy is good, lack of empathy is bad,» and that the tulip craze of the 17th century has something to teach us about our current state of tribalism (?). It’s Byzantine and weird, but it’s also one of the most driving and hooky songs on the album, which speaks to the level of experimentation and soul-searching at play here. Tracks like «So Much Love,» «Come Get Me,» and «Live Learn and Forget,» are lyrical anthems rife with an electric, ’90s-style power pop shimmer. And the band doesn’t rein in their creativity, instead they push their sound outward, weaving in strings, saxophones, and, as on the yearning, Flaming Lips-esque «Looking for You,» a boys choir. The rush of good vibes that they hit you with is life-affirming. However, other moments here aren’t trying to hook you with a sugary chorus at all. Maybe it’s just the sound of a band that’s aging, toiling with life’s deeper issues both spiritual and social. Either way, it’s a weighty confluence of feelings that can catch you off guard. For instance, the song «Mathilda» begins as a brilliant folk confessional about Caws‘ experiences with bullying during his youth, but eventually transitions into a spiraling, long-form psych-prog meditation on gender issues. There’s nothing bad about taking such a big swing; it’s definitely better than pulling your punches at this point in your career. As with much of Never Not Together, it’s beautifully thoughtful and fantastically ambitious» (All Music)