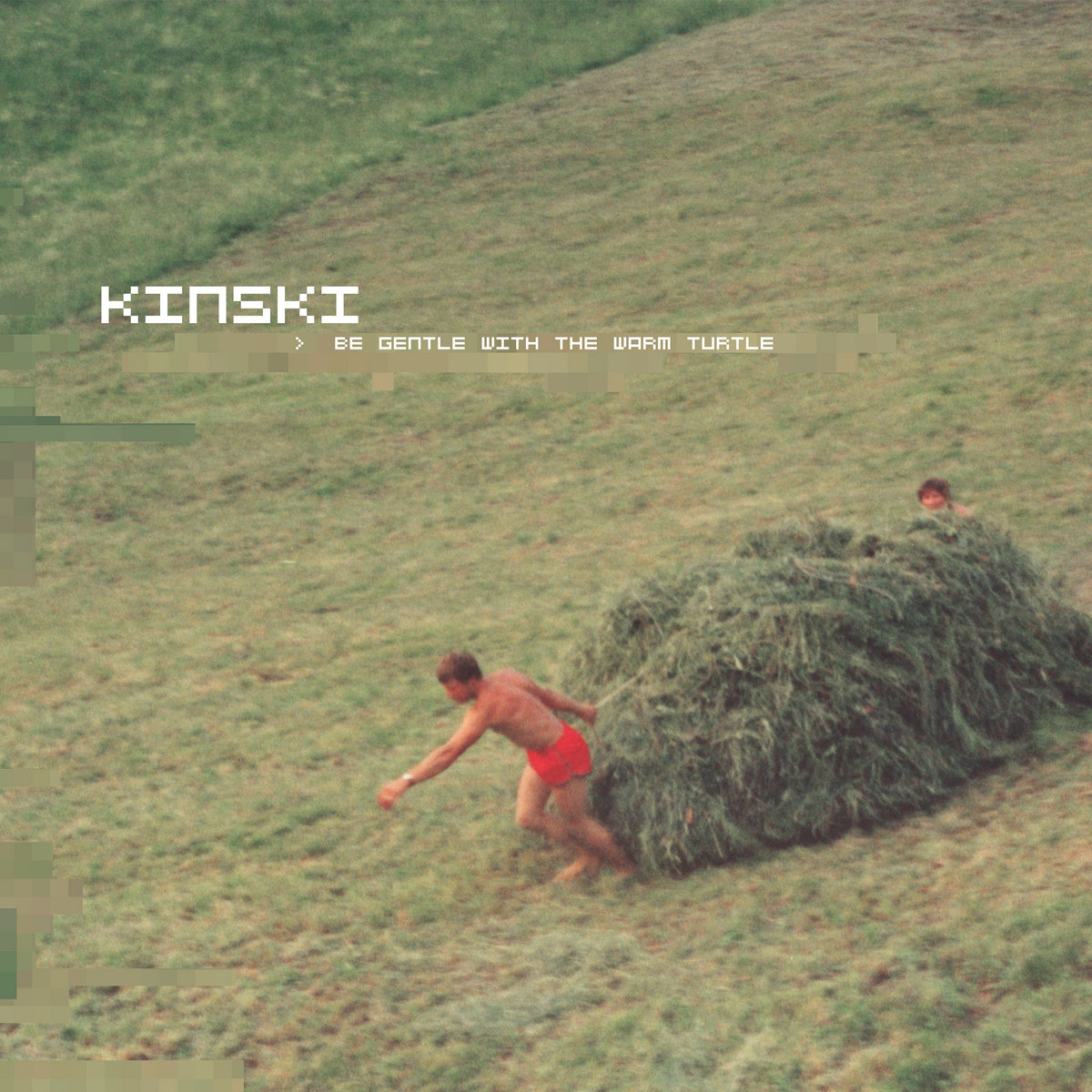 “Volume seems very important to the band’s overall aesthetic, with several tracks featuring violent shifts in dynamics at key points. “One Ear in the Sun” begins as a quiet meditation before erupting in a fuzz-encrusted blast smeared with electronic noise. The similarities to Mogwai are obvious, though Kinski lack the subtlety and control that make Mogwai such a juggernaut. “Daydream Intonation” follows with a different approach, opening at a slow pace, and gradually ramping the tempo until the band is moving at a breakneck pace. A brief breakdown launches them full force into a wild ending choked with noise, a semblance of melody coughing out from underneath it all. “That Helmut Poe Kid’s Weird” is a low point, though– it’s less contoured and more given to shapeless electronic noodling, and as such, some of the passion behind the playing gets obscured.
Thankfully, though, it’s followed by another standout, “Newport”. Here, Kinski add vocals, courtesy of frontman Chris Martin (not the Coldplay guy, though I’m fairly certain he gets that a lot). The track proves the band not just stellar noisemakers, but able songwriters as well. Propelled by a furious assault from drummer Dave Weeks, Martin’s delivery sounds far more alive than its deadpan tone might allow for in a different setting.
The high-octane approach of “Newport” and “Daydream Intonation” doesn’t always work for the guys, though, as demonstrated on the mindlessly fuzzy “New India”, which feels more like a casual jam than a thought-out song, and deals the record an early blow from which it thankfully recovers. Appropriately, the album ends as a whisper, just as it began, with the quietly eddying “Montgomery”– a song that, while striking and powerful, doesn’t quite match its album-opening counterpart. Still, despite its faults, Be Gentle with the Warm Turtle ranks as a quite an achievement for a young band, succeeding where others in the often tiresome world of instrumental rock have failed” (Pitchfork)