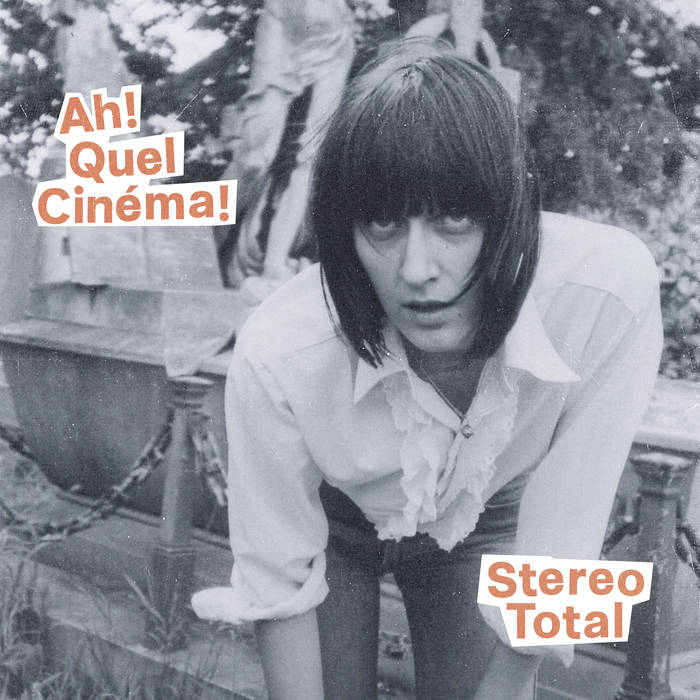 “Stereo Total‘s audacious 2017 return Les Hormones was such a high that a comedown was almost inevitable. While Ah! Quel Cinema! is subdued by comparison, Brezel Göring and Françoise Cactustake the opportunity to explore the complexities of their music. The album gets off to a deceptively raucous start: “Einfach” is a reminder of just how easily they concoct an irresistible groove out of unlikely elements (a revving motor, wind chimes, a jackhammer, and a siren are all tossed into the mix). On “Mes Copines,” they trade vocals over synths and mechanical beats that bubble up like soda pop, while “Ich Bin Cool” is as raw and rinky-dink as their earliest albums — and that’s a good thing. However, it isn’t long before shadows creep into Ah! Quel Cinema! Sometimes, Stereo Total treats them with whimsy, as on “Die Dachkatze”‘s haunted-house organ melody or the nervous beat that urges “Cinemascope” forward. At other times, they let the darkness take over, whether on “Dancing with a Memory”‘s bitter undercurrents or the dissolution of “Methedrine,” which uses the album’s intentionally cheap sound to paint a seedy portrait of Andy Warhol‘s Factory scene that gives a vampiric quality to its imagery of prowling the streets of New York behind black sunglasses. The duo’s always-deft pop culture homages continue on “Brezel Says,” which pays tribute to the Velvet Underground andTrio‘s “Da Da Da” at the same time; later, Cactus quotes Little Richard‘s “Tutti Frutti” on the equally funky and punky “Keine Musik.” At times, the album’s more somber moments recall Do the Bambi, the last time Stereo Total peered into the void for longer than a second. Yet Ah! Quel Cinema! is more complex than most of the duo’s other work. Its ups (the bouncy French pop of “Sur Un Fil”), its downs (the disconcerting final track “Electroshocktherapie”), and its strangeness (the layered trippiness of “Le Spleen”) must be taken as a whole. This cohesive storytelling gives Ah! Quel Cinema! a fittingly cinematic scope — and proves that Stereo Total can still find unexpected and intriguing nuances in their music more than 20 years after they began” (All Music)