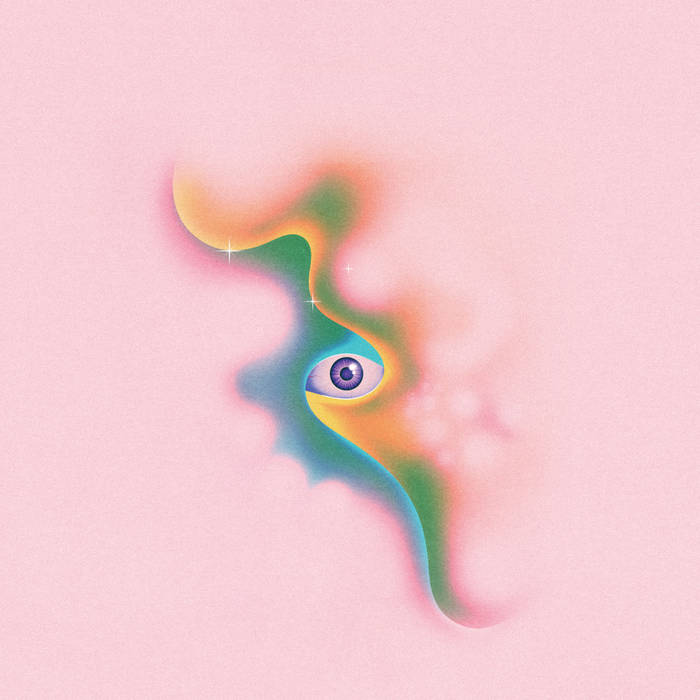 “Occabot is the fourth album of The Stargazer Lilies, a heavy shoegaze and psychedelic pop ensemble formed in Portland from the ashes of a band called Soundpool by husband and wife John Ceperino and Kim Field, along with drummer Tammy Hirata. Six years away from their debut in 2013 with We are the Dreamers, the sound of the Lilies haven’t essentially changed, floating in that ever-reliable magic carpet of ethereal and distorted melodies led by the delightful vocal dubs of Kim Field, while gliding over a furious sea of saturated guitars and infinite echoes. If anything, the Lilies’ latest release improves the formula, culminating a long quest in search of a defining sound that now belongs to the band, even if that means drawing heavily from the holy grail of the genre, that album that some of you would have already guessed, is called Loveless.
Occabot feels like looking at a beautiful portrait while it melts. One can easily visualize the painting running down the canvas as it drips to the floor yet forming another piece of abstract art on the ground almost by accident. These casually formed layers of melody and noise are a carefully curated exercise of substance, a sound that is not easily achieved. And the Lilies have made their homework, giving the knots that extra turn and letting the songs slide into a slightly different sonic spectrum, resulting in something that is both familiar and satisfying.
“Magenta Sunrise” opens the album majestically. Field sings shrouded in distortion and echo, backed by a distant organ until the drums kick in with a psychedelic rock beat. In a few minutes, the Lilies already have made their case. If you have ever waked up in a hospital bed in the arms of morphine after being sucker punched in a drunk disco brawl, you are already well equipped for Occabot.
David Lynch comes to mind when “Monsters of Your Thought” follows up. It’s a sort of deformed ballad where melodies struggle to chain with each other, constantly coming in and out of pitch, while the tune peaks at a very inspired Floydian guitar solo courtesy of John Cep. “Foreverless” strangely sounds like Mötley Crüe with an overdose riding down Sunset Strip and crashing into Slowdive’s touring van. The hoarse guitar riff marries Field’s vocals beautifully, while Hirata’s simple but effective drumming supports the sonic storm as it cruises with extremely dense tempo.
The B side of Occabot is a bit less eventful albeit solid, mostly commanded by the six minutes of “Dizzying Heights” and the closing drone wonder of “Icarus Sun”. While Occabotmanages to ignite the flame that The Stargazer Lilies had in their first two albums, and that arguably went dim with the release of Lost 2 years ago, it is safe to say that the band is back to a comfortable spot in the shoegaze map. Aware of their influence, they simply amplify it, making you feel like you are sinking in a bed of electrified feathers, which in the end, it is all that one longs for in this, the land of noise and dreams” (Sputnik Music)