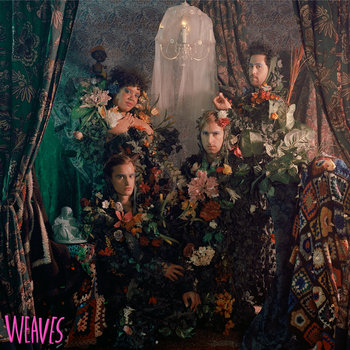 “The Toronto indie rock quartet Weaves’ self-titled debut is an impressive album about incapacitating infatuation. Any new rock band that’s being honest with themselves about their place in the current musical landscape probably comes to the same conclusion as Weavesguitarist Morgan Waters: “Sometimes it feels like bands aren’t necessary, like they’re not the ones pushing music forward.” For many, it’s an excuse for retrenchment, whereas Weaves’ self-titled debut is driven by a palpable ambition to make a guitar/bass/drum set up sound as fluid and inventive as anything else out there. And yet, for all of Weaves’ admirable attempts to poke and prod indie rock towards progress, the irony is that they still sound like a throwback” (Pitchfork)